This article is a unique compilation that includes:

The “Situation” (which is an explanation concerning the lack of proper medical care (in terms of ‘Covid’) regarding Mr. MacKenzie and Montanans at large and the U.S.)

The “Science” means the fake science which hospitals use as well as clinics, etc. nationwide (again referring to ‘Covid’)

The “Legal Framework” represents the absolute ‘rights’ of ‘The People’ as opposed to the totalitarian measures we are under as a nation regarding ‘Covid.’

The “Demands” refers to what Mr. MacKenzie and Montana citizens expect of Sheriff Heino regarding the faulty hospital system RE: ‘Covid Measures’ and finally.

The petition itself, demanding, imploring, and beseeching Sheriff Heino to take immediate and deliberate action against Logan Health.

PLEASE! Make sure to watch our “Rumble” video here. (This video is linked at the end of this article as well; it is a companion to this article and you do NOT want to miss it).

On behalf of myself and the People of Montana, I submit the following request.

My life and the life of our republic are threatened by the COVID Plandemic. We either restore and enforce our Founding Principles and Inalienable Rights, or we become a Communist country.

I am being denied medical care.

I generally do not burden others with my personal situation. Still, the fact is my kidneys failed, and I have been on dialysis for the past three years waiting for the possibility of a kidney transplant.

Over the recent past few months, I have had life-threatening incidents that caused me to blackout…in restaurants, in town, at home, even during a doctor’s visit. I had to be brought back to life, requiring multiple 911 calls, ambulances, ER visits, and hospital stays. In a follow-up to a recent ER/hospital visit, one of the multiple doctors now involved in my case requested specific testing procedures be performed at Logan Health. Logan Health personnel informed me I would have to have a PCR “test,” otherwise I would not be given the procedure.

I am “asymptomatic”; I display none of the COVID symptoms.

Another word for “asymptomatic” is “healthy.” If there is something going on, it is handled by my innate immune system and does not affect my health. This apparently does not matter to Logan Health, as it presumes guilt regardless. This does not affect just me. My story is just one of a multitude. Many other people, not only in Flathead County but in all of Montana and the United States, have experienced similar atrocities.

The PCR is not a test, and a positive result does not prove one has SARS-CoV-19.

The PCR (polymerase chain reaction) is not a “test” and should not be used as one, according to its inventor, who has gone public numerous times to say so. It is a lab tool used to identify minute genetic fragments too small to see, even with the most powerful microscopes. It does this by using a nose swab to collect, then multiply nasal mucous one trillion times (40 cycles). Yes, one trillion times. The mucous-lined nose is the body’s first line of defense. It is designed as the first-stage filter to catch contaminants before they get into the body. One only has to look at their “snot” to realize it does a terrific job at being a filter, catching a lot of contaminants before they get into the lungs. A positive does not mean the person has “COVID” symptoms, nor does it mean the person has SARS-COV-2, the alleged virus.

The presence of foreign matter in “snot’:

●does not prove the isolated genetic material is SARS-COV-I9, as the “test” is non-specific, and even the CDC has acknowledged there is no “isolate.” In other words, no one knows its DNA sequence.

●does not prove SARS-COV-2 exists in the body: the lungs, kidneys, blood, or anywhere else.

●does not prove the isolated genetic material exists in any quantity sufficient to be a problem.

●does not prove the foreign matter is viable. Past colds can trigger a positive test.

The nasal swab is an on-ramp to the “Vaccination Train.”.

The nasal swab PCR procedure produces nothing of value for all the above reasons. On the other hand, a positive could threaten my life. Although a nasal swab seems like a benign thing to do, it is an on-ramp to the “Vaccination Train”— isolation, surveillance, masks, a different course of medical support, “vaccination,” endless booster shots, a genetic crippling of my natural immune system, and quite likely a horrible death. Dealing with chronic kidney disease is enough of a challenge. Flooding my body with spike proteins could very likely push me over the edge. COVID is the name of a group of symptoms, not the virus.

COVID is not a virus. It is a list of symptoms. Saying a person has COVID is merely saying a person displays one or more symptoms. The list of symptoms is so broad that there are dozens if not hundreds of medical conditions that can be classified as COVID—the common cold, flu, diabetes, lung infections, etc. COVID symptoms in no way prove SARS-COV-19 is the cause. It is impossible to die from COVID. One can only die with COVID, in other words, displaying one or more of the symptoms.

The “Vaccinations” are deadly.

The COVID “vaccines” are DNA-altering “biogenics”, not “vaccines”. Whereas a real vaccine injects a small number of bacteria to temporarily induce the body to generate antibodies to fight it, the SARS “vaccines” genetically alter the human genome to permanently induce our bodies to produce the very spike protein that is the toxin. It makes no sense.

There are thousands of doctors globally that are signaling the alarm. Although the media feverishly block the dissemination of such views, it gets through. There is a widespread belief that biogenic shots are being used to create global genocide of Biblical proportions, fulfilling the long-held desire of global elites to radically reduce the human population.

Applied to the population as a whole, the implementation of such autocratic decisions by corporations brings about the end of the republican form of government our Founding Fathers fought so hard to create. It turns us into a Communist country.

LEGAL FRAMEWORK (a lesson of truth)

All political power is vested in and derived from ‘The People’. 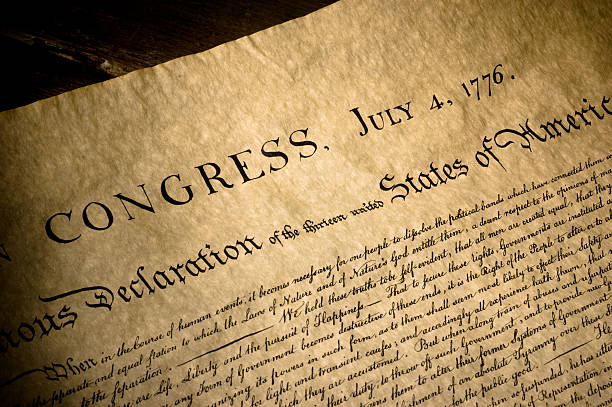 “Constitutional governments can only be created by declarations, not by legislation.” 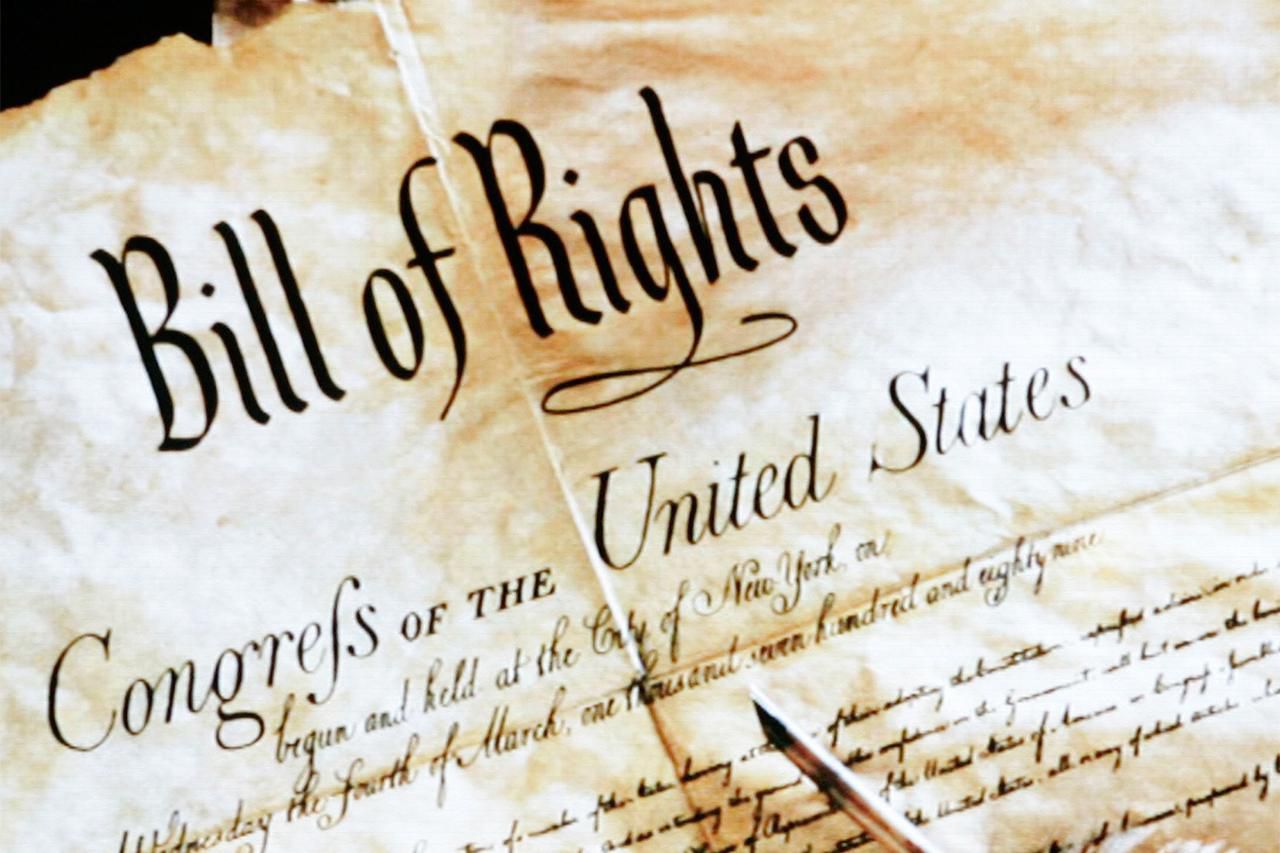 ” The Bill of Rights addresses unalienable rights, the very definition of
which means the government has hands-off.”

The Declaration of Independence and Bill of Rights have precedence over the Constitution.

Constitutional governments are created by Declarations. They cannot be created by Legislation.

The “Vaccination Train” flagrantly violates nearly all of our inalienable rights.

We are presumed guilty, whether symptomatic or asymptomatic. This violates our presumption of innocence until proven guilty.

Our basic rights to Life, Liberty, and the pursuit of Happiness are violated, even threatened. Our 4th, 5th, 6th, 7th, 8th, and 9th Amendment rights are violated. The 10th Amendment prohibits the federal government from intruding into areas where it has no jurisdiction, such as personal healthcare decisions, and is violated.

The Constitution is an agreement amongst the States. Nowhere does it give the federal power over the People. Indeed, the 10th Amendment and numerous court decisions affirm such subject matter is left to the States or to the People. The federal government has no constitutional role in healthcare. The powers not delegated to the United States by the Constitution, nor prohibited by it to the States, are reserved to
the States respectively, or to the people.—Article 10, Bill of Rights

The Declaration of Independence and the Bill of Rights (which is separate from our Constitution) assure our unalienable rights.

The Bill of Rights reserved unto the People additional, enumerated inalienable rights, rights not delegated to any government or other authority, and therefore outside the jurisdiction of both federal and state governments.

Corporations may not abrogate (repeal or do away with) our rights.

Legislation may not abrogate Rights! Logan Health is a corporation, the creation of Legislation.

Below are examples of legal cases.

What Logan Health is doing is discrimination.

Any suggestion that we freely choose to swab or not swab is disingenuous. Demanding a swab at the threat of withheld medical care is no different than a thief holding a gun to our heads claiming it was our choice to give him our money and was voluntary. Let’s be honest. Demanding a swab at the threat of withholding medical care is a coerced and discriminatory action taken under duress.

We do not allow businesses to discriminate. Logan Health is a Business. Business interests and authority are subordinate to unalienable rights.

COVID has provided a pretext to divide us yet again by dividing us into different groups, discriminating against one in favor of another; the masked vs. the unmasked, the vaccinated against the unvaccinated, those that take the booster shots and those that don’t.

Montana passed House Bill 702, making it illegal for businesses and the government to discriminate against the unvaccinated and those without COVID passports.

Good for Montana! However, such Legislation should not even be required. Non-discrimination is a fundamental principle and is enforceable with or without specific Legislation. Mandating nasal swabs and denying medical care without them is discrimination. It treats even asymptomatics as guilty of a crime.

THE TRUE ROLE OF A SHERIFF

The primary duty of sheriffs is to protect our lives, properties, and rights, not enforce laws. Sheriffs are agents of ‘The People’.

We instituted them, and we pay for them—to uphold and enforce the Founding Principles and protect the lives, property, and rights of the lawful residents within their jurisdictions. They are not federal agents. It is not their duty to enforce federal laws or court decisions. The fed has no jurisdiction over state governments. Even the Supreme Court has consistently confirmed this. We are a federation, not a nation, with dual jurisdictions. The states are sovereign nations. They did not delegate nor cede their police authorities to the federal government. That is corruption. It must stop. The corruption begins by calling them “law enforcement.” They should be renamed ‘Community Protection Force’ to reflect their true role. The sheriff takes an oath to their State’s Constitution and the U.S. Constitution and they are bound to abide by such oaths.

My life and our Country are threatened by the same thing: a global “Reset” that seeks to impose Communism globally using COVID as the pretext. The answer to both threats is the same: return to and enforce the Founding Principles and strict adherence to the Constitution for the United States of America. Therefore, on behalf of the People of Montana, I request the following:

● Immediately open an investigation of the matters contained herein. Issue and publicly release your findings and recommendations within two weeks. Send me a certified copy. A PDF file is preferred.

● Immediately contact Logan Medical Health and request they rescind their policy, or at least suspend it until your investigation is completed. This must be done ASAP, as I need the testing done.

● Contact the state Attorney General and Governor to gain their support.

● Reply with a jurat notarized affidavit if it is determined there are any errors or omissions in this affidavit. Cite support for your statements and provide copies.

I hereby state to the best of my knowledge the statements are true and supported by law.

A CALL TO ACTION:

Bringing you conservative news and commentary means it is tough out there on social media. We’re constantly getting kneecapped and constrained by tech companies who find the truth intolerable, resulting in our reach being severely throttled.

For this reason, please consider supporting us directly. If you like what you are reading and desire to to see more, please support our work here.

News BY Montanans FOR Montanans